For bending and forming wire such as GRIFFIN Craft Wire.

For gripping and holding. The polished internal surface prevent scratching of the objects being worked with.

Wire or side cutter 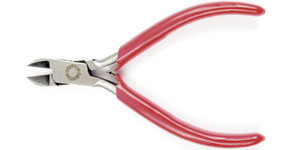 All-round cutting tool, which is suitable for most wires. Easily cuts copper wire up to a diameter of 1,0 mm.

The set contains the following:

The right tools are indispensable for creative jewelry design. Pliers in particular are always helpful tools when working with jewelry wire and findings. The „economy“ set of pliers consists of all four GRIFFIN wire-handling pliers in a single package that is very good value for money. 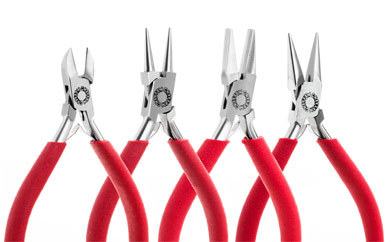 This economy-line is a very competitive and solid pliers series, best suitable for general wrapping and beading purposes.